We are a group of independently contracted pediatric therapists in good standing with the College of Audiologists and Speech-Language Pathologists of Ontario.  We strive to support children in their physical, social, and mental health in a child friendly, fun and creative manner.  Each therapist participates in relevant annual professional education in order to stay current and provide evidence based services. Annemarie Weeda is a speech-language pathologist registered with the College of Speech-Language Pathologists and Audiologists of Ontario (CASLPO) and the American Speech-Language-Hearing Association (ASHA). Her scope of practice includes assessment and treatment of children with speech sound/articulation, language and social communication deficits.

Annemarie has been a practicing speech-language pathology since 2002. Her career as a speech-language pathologist began at Long Island College Hospital in Brooklyn, NY working with in-patient and out-patient adults and children. In 2003, she returned to Toronto and began working at Toronto East General Hospital (TEGH) in East York. Initially she worked with adults in acute care, but after her children were born she took a position in the out-patient Child Development Centre at TEGH. In addition to her private practice, Annemarie is on staff part-time at the Child Development Centre.

She grew up in England, South Africa, Toronto and the New York City area where she completed her education. Her Bachelor of Arts degree in Anthropology is from Columbia University in New York City, and her Masters of Science degree in Communication Disorders is from Southern Connecticut State University in New Haven, Connecticut.
Training includes: Janessa Tam is a speech-language pathologist registered with the College of Speech-Language Pathologists and Audiologists of Ontario (CASLPO).   She graduated from the University of Toronto with a Master of Health Science in Speech-Language Pathology, and also holds an Honours Bachelor of Science in Psychology and Linguistics.  She has worked in a variety of settings with children, including preschool programs, clinics and hospitals. Before becoming a speech-language pathologist, Janessa worked as an Instructor Therapist, providing treatment for children with ASD and developmental delays. 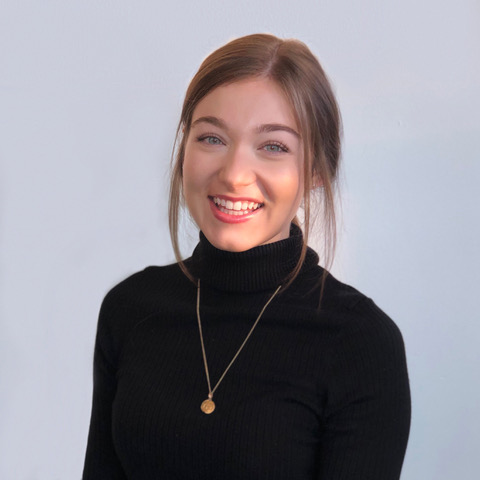 Jordan Barberio is a speech-language pathologist registered with the College of Speech-Language Pathologists and Audiologists of Ontario (CASLPO). She graduated from the University of Toronto with a Master of Health Science in Speech-Language Pathology, and also holds an Honours Bachelor of Health and Physical Education with specialization in Health Promotion. Previous to becoming a speech-language pathologist, Jordan worked as an intervener for deafblind individuals, as well as a swim instructor for children with ASD and ADHD.

Jordan is enthusiastic about partnering with families to create a positive and playful therapy environment that supports each child in achieving their individual goals. She has worked with infants, preschool and school-age children in the areas of language, articulation, motor speech, feeding, fluency, and social communication. She has additional experience with conducting neonatal clinics, palatofacial clinics, infant hearing programs and developmental language groups. Jordan is committed to evidence-based practice and is dedicated to life-long learning. She continues to engage in professional development opportunities, most recently in the areas of social communication and fluency. Kishwar Sajjad is a Registered Behaviour Technician, who supports children at the Toronto Children’s Therapy Centre as a Speech-Language Assistant.  Kishwar started her career as high school biology teacher after completing a MSc in Zoology from the University of the Punjab in Lahore, Pakistan.  Her passion for improving the lives of children with exceptionalities, such as ASD, ADHD, learning disabilities, and communication disorders started when she volunteered in the Child Development Centre at Michael Garron Hospital.  Since then, she has completed a graduate certificate program in Autism and Behavioral Sciences (ABS) at George Brown College; Orton Gillingham: Practical Linguistics, Part 1 at The Claremont School; and is currently working towards a Masters in Professional Education (MPEd) at the University of Western Ontario.

In addition to her position at TCTC, Kishwar works full-time as an Instructor Therapist and runs a side business: Sugar Beats by Kish, making spectacular customized cakes, cupcakes and themed party decorations.  She is fluent in Urdu, and can also speak Hindi and Punjabi. 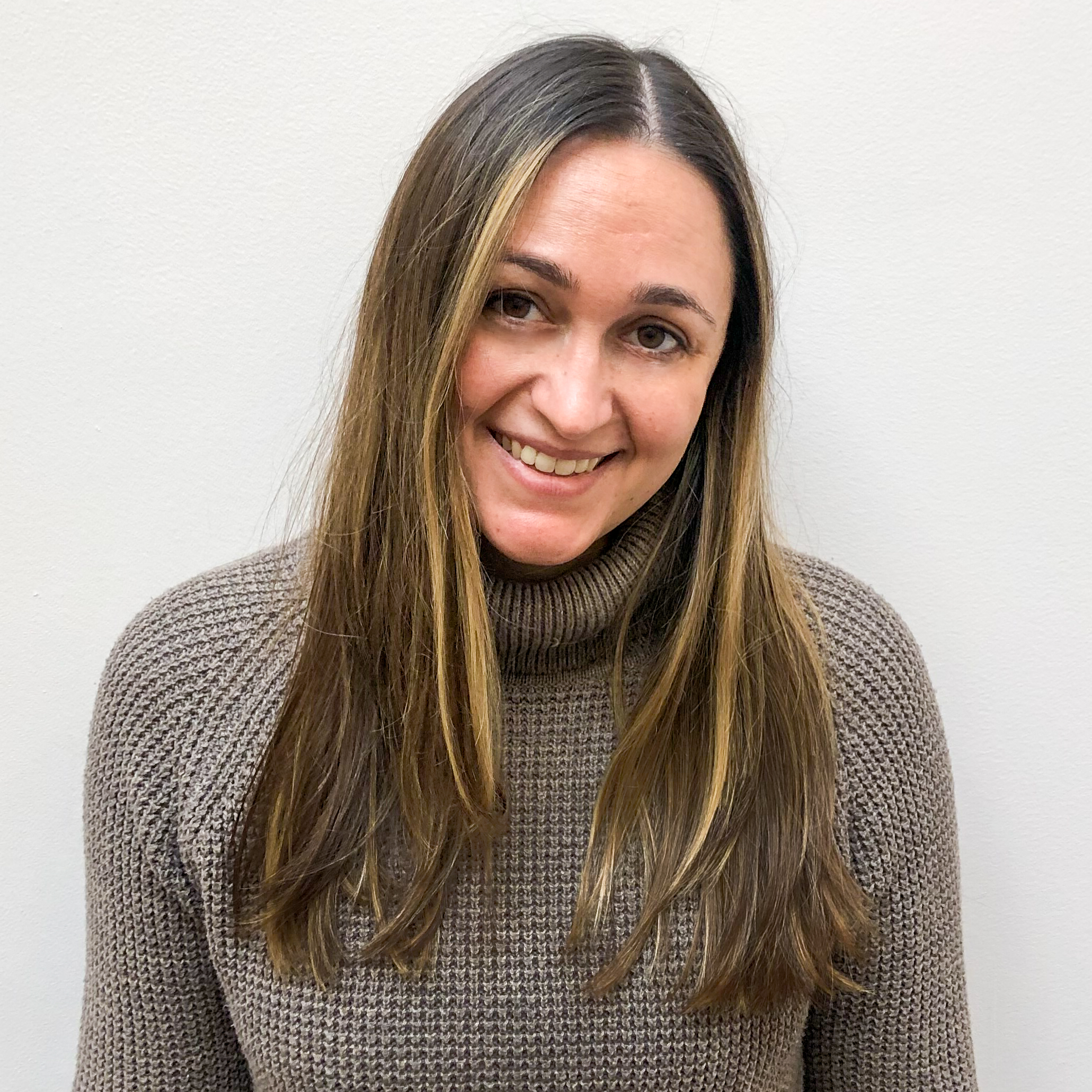 Olivia Gross is a Speech-Language Pathologist registered with the College of Audiologists and Speech-Language Pathologists of Ontario (CASLPO). She graduated from the University of Toronto with a Master of Health Science in Speech-Language Pathology. She also holds a Master of Education in Developmental Psychology and Education from the Ontario Institute for Studies in Education at the University of Toronto. Olivia has experience working with children and adults with developmental disabilities such as Autism Spectrum Disorder, Down Syndrome, Fetal Alcohol Spectrum Disorders, and Cerebral Palsy. She has additional experience within the areas of language, articulation, social communication, alternative and augmentative communication (AAC), fluency, swallowing and voice. To advance her skills within these areas, Olivia has completed Hanen® certification workshops for the It Takes Two to Talk and More than Words programs that are utilized to support parents and children who have been identified as having a language delay, social communication difficulties and Autism Spectrum Disorder. She has supported children and adults within a variety of settings, including schools, hospitals, and private practice. Olivia values being a part of a multidisciplinary team and is passionate about collaborating with families, teachers, and other professionals to best support children in achieving their individualized language and communication goals. She is committed to providing evidence-based, client-centered care and has a specific interest in social communication, social cognition and AAC. 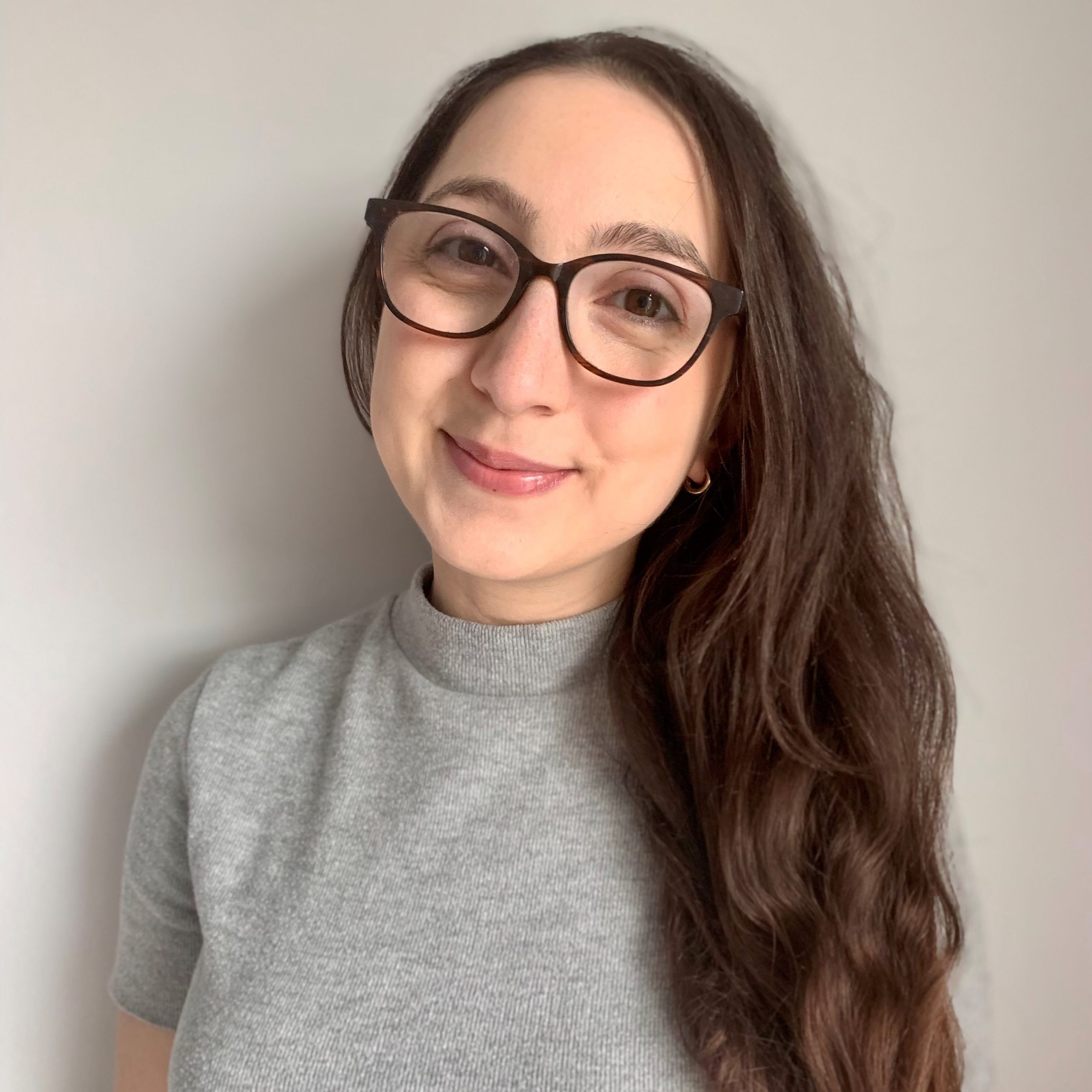 Anastasia Provias is a Speech-Language Pathologist registered with the College of Audiologists and Speech-Language Pathologists of Ontario (CASLPO). She graduated from the University of Toronto with a Master of Health Science in Speech-Language Pathology, and also holds a Bachelor of Arts with an Honours in Linguistics and Minor in Psychology from Concordia University in Montreal. Anastasia is an enthusiastic and compassionate speech-language pathologist who finds creative ways to make therapy fun and engaging. She embraces diversity and holds culturally competent care at the forefront of her practice. Anastasia believes in working collaboratively with families in order to create individualized and functional goals for her clients. Anastasia has completed a training in Project ImPACT in order to support parents and children who have been identified as having social communication difficulties and Autism Spectrum Disorder. She has also taken continuing education courses in order to support the language development in children who communicate with delayed echolalia.

Anastasia has experience in providing assessment and treatment in the areas of expressive and receptive language, articulation, phonology, literacy, fluency, and social communication. In addition, Anastasia is fluent in French and Greek. 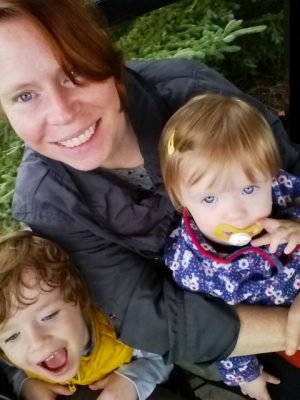 Katie Sharpe is a Speech-Language Pathologist registered with the College of Audiologists and Speech-Language Pathologists of Ontario (CASLPO). She graduated from the University of Toronto with a Master of Health Science in Speech-Language Pathology. She also holds an Honours Bachelor of Science in Biology. Katie has been a speech pathologist since 2005 and spent over a decade working in the Child Development Centre at Michael Garron Hospital. There she worked on inter-disciplinary teams in both the Neonatal Follow-Up clinic and the Developmental Assessment clinic. She also provided assessment and intervention for school-age children in the areas of language, social communication, articulation and motor speech, and autism. She helped lead initiatives within the hospital, including providing training and support to nurses on cue-based feeding protocols in the Special Care Nursery, and developing a collaborative relationship with school-based speech pathologists in the community, to increase access to timely intervention. Katie loves working with children; tailoring assessment and intervention to meet individual needs, watching their progress, and celebrating their successes!

Katie is committed to evidence-based practice and professional development. She has received training in a variety of areas, including infant feeding, PROMPT technique, specialized motor speech assessment and intervention, The Hanen Centre’s It Takes Two to Talk, stuttering in preschoolers, and the RITA-T (Rapid Interactive screening Test for Autism in Toddlers). She continues to learn and develop her expertise.