We offer evaluation and therapy services in the following areas:

Articulation refers to making sounds. The production of sounds involves the coordinated movements of the lips, tongue, teeth, palate (top of the mouth) and respiratory system (lungs). There are also many different nerves and muscles used for speech.

Children with difficulties in this area may:

Phonology refers to the pattern in which sounds are put together to make words. Children with difficulties with phonology:

This refers to the ability to understand language (receptive skills) and  the ability communicate language verbally, in a meaningful way (expressive skills).   Children with difficulties in this area may experience academic challanges particularly for higher level language skills such as making inferences and comprehending vocabulary related to subjects such as science or math.

Apraxia is characterized by a difficulty in planning and sequencing the movements of the lips, tongue and vocal cords used to produce speech. A speech-language pathologist is trained to evaluate a child’s ability to coordinate all the components of the mouth required to produce speech. In addition, speech-language pathologists are trained to evaluate a child’s oral motor skills (muscle strength and/or structural concerns).

Developmental stuttering or normal non-fluency is typically heard in the speech of children between the ages of 18 months and 5 years for brief periods of time (lasting less than 6 months) and usually disappears without intervention within 2 to 3 months . Normal developmental stuttering is present in approximately 80 to 90 percent of children when they are learning to talk.

A speech-language pathologist is able to evaluate whether your child’s fluency is within the typical range for their age group/development or whether intervention is required. 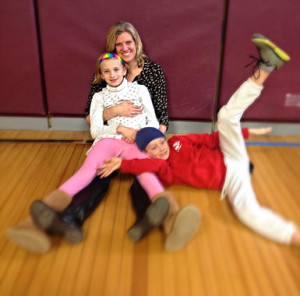